I have been meaning to stop at this place for a few years now. Located on New York Street and 2nd Ave, Tamales Industry has some unexpected options for the traditional tamale.

On a recent Friday, my friend Morgan and I decided to stop here for lunch and check it out. Honestly, once I arrived I realized that the restaurant was bigger than I thought from the outside. The space has about 10 tables with a restroom for patrons and a counter to pay or collect your to-go items. We were greeted right away asking if we were here to dine or for take-out. Dine in, please.

Quickly seated we were advised a bit about the menu and their signature tamales. Pork, beef, spinach, etc.

We were served a small cup of their house made soup along with red and green salsa to add your preferred level of spiciness to the soup. The soup was tomato-ey with some vegetables, and small pieces of star pasta. If it wasn’t for the sauces, this soup would be forgettable. However, with the addition of customizing the level of spice to your needs it was a nice addition to the beginning of our lunch.

I decided on a shredded beef tostada and a spinach tamale.

Simple, beautiful presentation. The spinach tamale was served with a crema to put on top along with the salsa of your choice. The tamale solo was a bit dry, but with the addition of the recommended saucing options, I didn’t have a complaint about my order. 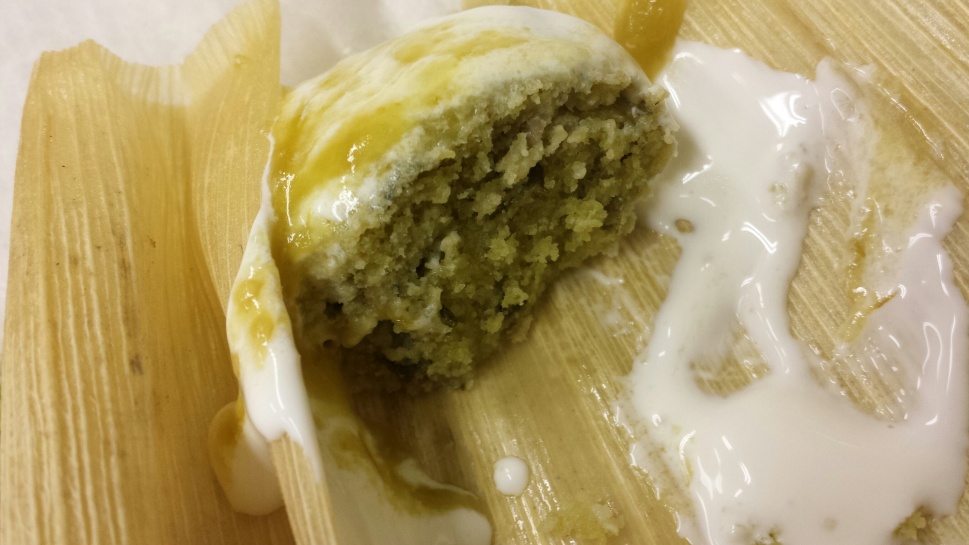 Spinach Tamale with the crema and some salsa verde. 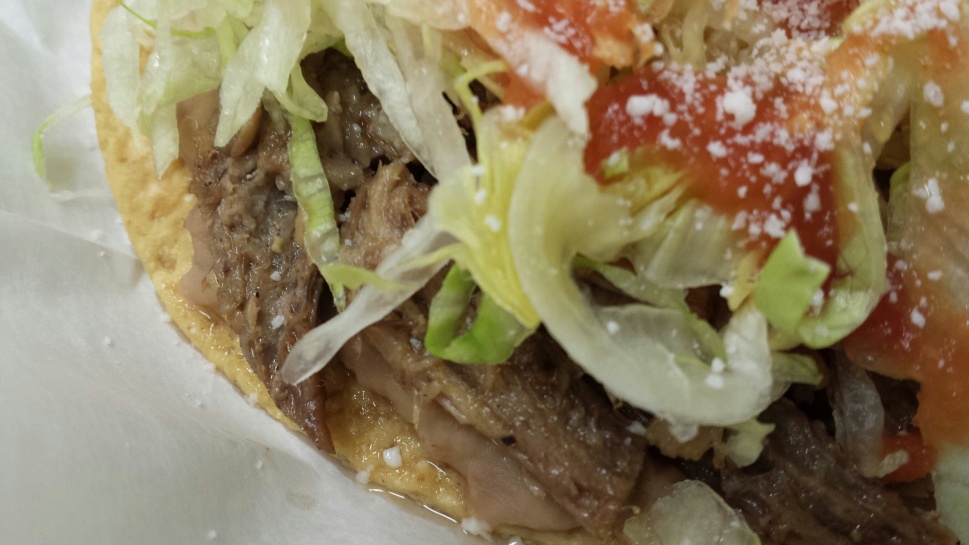 The beef was shredded, flavorful, and hearty on the tostada. Delicious, simple, and just what I wanted. The fresh tomato, lettuce, and cojita cheese complimented this dish nicely. 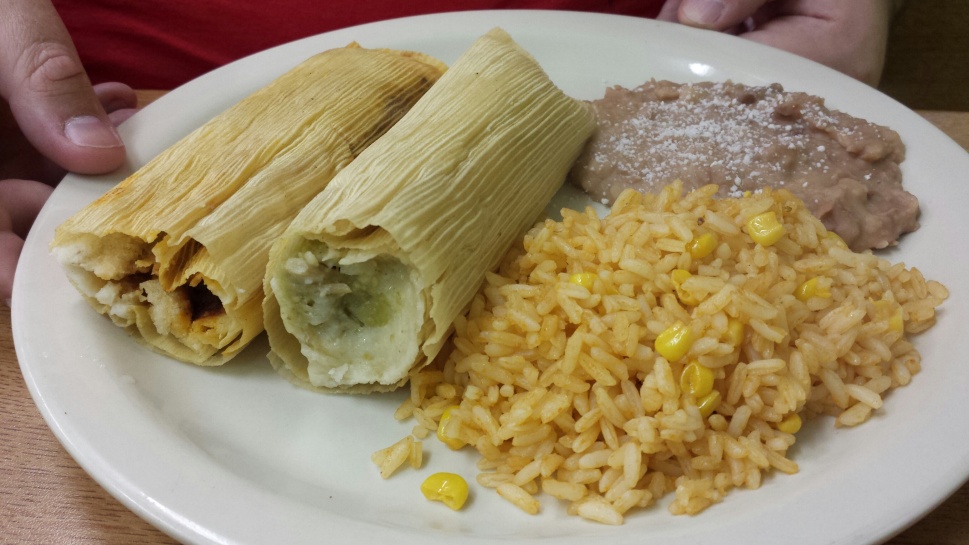 Morgan opted for the beef and pork tamales with a side of rice and beans.

The savory tamales were great, but I did see on the menu they offered fruit flavored tamales. I myself had never heard of this and wondered how they did this. I was thinking masa with a fruit compote? The menu touted several fruit tamale options like strawberry and pineapple. They definitely had my curiosity. We asked the server and he began to tell us about a new tamale they were experimenting with… pumpkin.

The pumpkin tamale. Totally not on the menu. We convinced our server that we must try one. Lucky enough they had some made for us to taste. It turns out the fruit or pumpkin in this case are mixed into the tamale. Turning your savory into sweet. The tamale had cinnamon and some raisins added for a bit of extra sweetness. All served along with a side of whipped cream.

This pumpkin tamale was awesome. Moist, sweet, and full of pumpkin flavor. I think they have a winner here and just in time for the holidays.

No time to dine in? There are several different tamale package sizes available for take-out and delivery is available.