I love me some falafel.

I’ve had some pretty great falafel over the years in my travels. However, when I crave falafel here at home, I am usually disappointed with the results. There are chain restaurants who have it on their menu, but it is not worth the time. Locally there are attempts to make falafel, but in my opinion they never have the right balance. I want my falafel to be a crispy, crunchy textured outside and have a soft and airy flavor packed interior. My quest continues here in Des Moines, but in the meantime I will try to make my own at home. 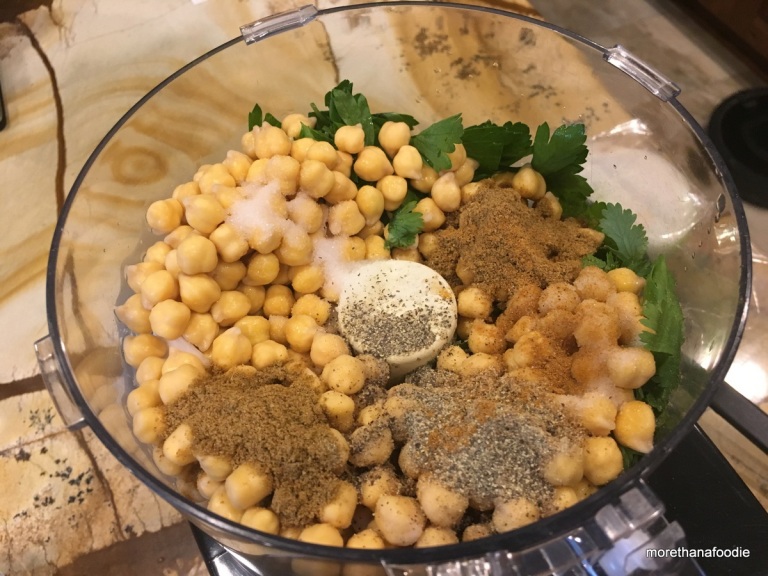 The first thing I learned is that you want to use dried chickpeas, not canned. Sold in your local supermarket in one pound bags or 16 oz. is certainly enough for this recipe. They should be labeled chickpeas, but may be labeled garbanzo, chana, or ceci beans. Ideally, you want the smallest dried chickpea beans you can find.

Soak your beans in a large pot (no heat) for a few hours until they have increased in size. 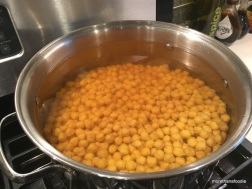 I used a great recipe I found from Tori Avey. I modified a bit for my taste. I added a little more spice and black and white sesame seeds. I adore the taste of sesame and it adds to the texture and crunch.

A food processor is a necessity, in my opinion.

The sesame seeds were combined at the very end. Leaving some texture to create surface for frying. The falafel are vegan, so I fried them in peanut oil. Just a preference and I like the high smoking point of this oil.

I used a small kitchen scoop to portion. I tried to shape the falafel balls a little, but mostly they were as scooped.

Fry until golden brown, flip, until all sides are golden. Serve immediately. Eat alone or with some tzatziki (cucumber-yogurt) or hot sauce. They go well with fresh pita, cabbage, tomato, olives, cucumber, sprouts, or whatever your heart desires. 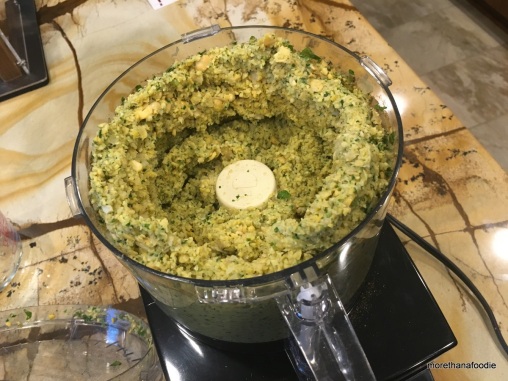 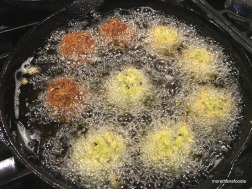 Above, I mentioned that one pound was more than enough. Well, I forgot to mention that I did two pounds. Oops!

So, what do you do with the extra? You make hummus, of course! There is a great recipe found on bon appetit. Some use baking soda, some don’t, but the consensus seems to be it makes the chic peas softer for better texture.

Blend with your favorite flavors or serve it with good olive oil and a dusting of good paprika.

Overall, I was impressed with these recipes and I will definitely be doing this again. The texture, crunch, and flavors were just right in this falafel. A success! The leftovers froze well. After a quick fry, they were almost as good as the fresh.